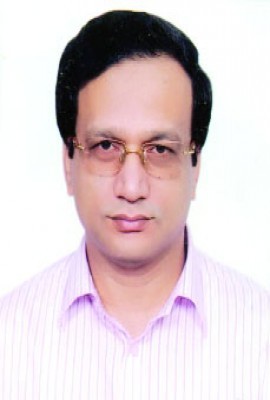 Mr. N M Zeaul Alam PAA is, at present, the Senior Secretary of Information and Communication Technology Division. He is the immediate past Secretary, Coordination & Reform of the Cabinet Division. Before that, he was the Director-General of the Department of Immigration and Passport. He started his career as Assistant Commissioner, a member of the Bangladesh Civil Service (Administration) cadre in 1986. He is from BCS-84 batch. He obtained B.Sc. (Hons.) and M.Sc. in Botany from the University of Chittagong. He did his 2nd Masters from the Brac University on Governance and Development in 2006. He served in almost all the core posts of the field administration like Magistrate, Assistant Commissioner (Land), UNO, ADC, ADM, DC and Divisional Commissioner. Besides, he served as Senior Assistant Secretary, Deputy Secretary, Joint Secretary, and Addl. Secretary in different Ministries/Divisions. He was the Deputy Project Director of ‘Asrayon’, a project under the Prime Minister’s office. He also worked as Assistant Returning Officer, Returning Officer and Divisional Coordinator of National and Local Govt. level elections.

He has experience in organizing different national, social and cultural events in his workplace. He faced the natural disaster ‘Aila’ while working as DC Khulna in 2009. He has a unique experience to establish a women college in Chitalmari, Bagerhat in 1995 while working as UNO.

Mr. Alam is married and blessed with three daughters. His favorite pastime is watching TV.

His vision is to serve the people.