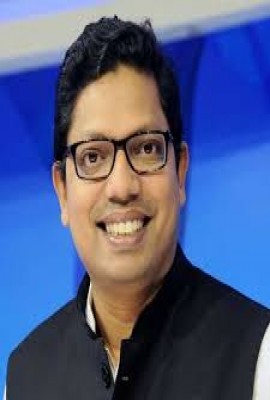 Zunaid Ahmed Palak was born on 17 May 1980 Singra under Natore dristrict. Mr. Faiz Uddin Ahmed and Ms. Zamila Ahmed are his parents. His father was an active political activist being inspired by the ideology of Bangabandhu Sheikh Mujibur Rahman. Being the then General Secretary of the Singra upazila unit of Bangladesh Awami League, he played an important role as one of the organizers of the great war of independence in the Chalan beel area.

Mr. Palak passed SSC examination from the Singra Damdama Pilot School and College in 1995 securing first division (with star marks and letter marks in five papers) and HSC examination from the Rajshahi Govenment College in 1997 securing first division (with letter marks in two papers). He obtained Bachelor degree, Master degree in Political Science and LLB from the National University of Bangladesh. Then, he started his career as a professional lawyer in the Natore District Judge’s Court and now he is a member of the Bangladesh Supreme Court Bar Council. He successfully completed a Capstone course from the National Defense College (NDC) in Dhaka.

He was very conspicuous in different co-curricular activities, like debate, recitation, impromtouspreech and sports. He obtained several prestigious awards in different seasonal competitions held at the district and divisional levels. During his student life, he performed music on many occasions. He was simultaneously an efficient sports organizer and a talented sportsperson. While studying in class VI, he established “Durdom” (indomitable) club that was turned into a center of sports and socio-cultural activities of the children from his locality. He was greatly inspired by the scouting movement of Robert Baden-Powell during his school life. He participated in the 1st Asia Pacific Jamboree held in Mouchak, Gazipur in 1994 as the team leader. He is one of the advisers of BPL franchisee ‘Duronto Rajshahi’.

After passing HSC exam, he avoided the temptation to study in a famous institution. Instead, he got admitted in a local college with a view to stand by his community in their will and woe and commenced his political career by joining Bangladesh Students’ League, a forum with a very reach tradition in students’ movement and politics. He was elected VP of the Gol-e-Afroze Govt. College Students’ Union at the age of 18 years. Later on, he joined Bangladesh Awami League, a party that led the nation for its independence.

He became a member of the Executive Committee of central Awarmi League in 2012 at the age of 32 years. In the national election held on 5 January 2014, he contested in a participatory election and elected Member of Parliament for second consecutive term with overwhelming support from the people of his constituency. Afterwards, Honorable Prime Minister Sheikh Hasina included Mr. Palak in her new Cabinet. He was sworn in as a Minister of State on 12 January 2014 at the age of 33 years and 8 months. Now, he is the youngest member in the Cabinet.

Mr. Palak is happily married to Ms. Arifa Jesmin, who did her Master of Science in Psychology and is a lecturer. They are blessed with three sons: Apurbo Zunaid, Aarjan Zunaid and Anirban Zunaid. He participated in the UN General Assembly as a member of state delegation and visited several countries across the globe as part of different official visits, summits, seminar, workshops and training programs. All sorts of modern technologies, especially ICT, law and governance, environment, music and arts are among his fields of interest. He undertook a special campaign of aforestation in his constituency in 2010. As part of the campaign, he distributed more than five hundred thousand saplings among general people. In recognition, he has been given National Environment Award by the Honorable Prime Minister of the People’s Republic of Bangladesh.